Global functional ingredients business Beneo is delivering a €50 million investment into its Wijgmaal facility in Belgium, as a direct response to increased demand for its rice starches that are used widely within confectionery.

As the company explained to Confectionery Production, the two-phased expansion process will lead to increased capacity of around 50 per cent within its production facilities by March 2022. The site presently employs 180 people, with a total of up to 20 new jobs to be created.

The company forecasts that the growing demand for natural and clean label products, in applications such as coated confectionery, will intensify in major existing markets, including Europe and the Americas. In addition, the firm added that rice is widely considered a familiar and recognisable product, with 61% of consumers worldwide regarding rice starch as natural, making it the ideal ingredient for the development of products that respond to the increasing trend for clean and clearer labels.

Roland Vanhoegaerden, operations managing director, speciality rice ingredients at Beneo, notes that the nature of the ingredients business is one of long-term thinking and economic resilience.

“We fundamentally believe in the value of this investment, with demand for rice starch coming from both natural and organic growth, as well as from new projects and applications. One of the key reasons for our confidence is the ‘clean label’ trend, where food manufacturers are moving away from artificial additives and replacing them with natural alternatives, such as rice starch.”

Rice starch is capable of filling up all of the micropores on the surface of coatings due to its very fine particle size. This so-called “smoothing effect” is especially beneficial for confectionery manufacturers during the production process, since it ensures a stable result where edges do not crack or splinter. Additionally, rice starch allows for the preservation of a brilliant white colour for months.

Since January 1, 2020, titanium dioxide, which is used to fill microscopic irregularities in coatings, is no longer permitted for use in food products in France. There are expectations that other EU markets may follow the country in banning the additive. “We are already seeing some major companies looking at rice starch and we will soon have a much larger capacity in place to address this rising demand,” Vanhoegaerden explained.

Technical trials by the Beneo-Technology Centre have shown that clean label rice starch can also play an important role in a variety of other applications including baked goods and products that need to undergo severe processing conditions.

The Wijgmaal plant has a proud 160-year history in the area and BENEO has been significantly investing in the facility in recent years, to make it a frontrunner in sustainability. A recent investment into its docking station means that the company can now accept two barges at its plant, rather than one. As a result, two-thirds of rice raw material is now received by barge and just one-third by truck. “The impact is on cost saving, but also on the environment, due to lower carbon emissions and a reduction in traffic. Our factory is in the middle of an urban area and by increasing barge use, we can reduce congestion and noise levels in the neighbourhood,” Vanhoegaerden added.

Rice starch production consists of several phases: rice cleaning, soaking, milling, sieving, separation, dewatering, and finally drying. Beneo’s investment at the Wijgmaal facilities will increase the number of production lines from two to three. The first phase of the Beneo investment will take place at the tail-end of the production process for existing lines. The installation of a third drier and dewatering line allows the company to reduce bottlenecks and further increase efficiency. The second expansion phase will involve the front-end of the production process, starting from soaking through to the separation of the starch from the proteins in the valorisation step. 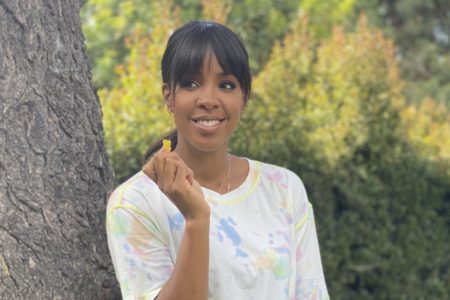