The Rainforest Alliance, which has worked closely with cocoa farming communities, has welcomed a renewed commitment from the European Union to reduce deforestation and forest degradation, as stated in the Communication from the European Commission.

As the environmental group noted, as one of the most active consumer zones in the world that is estimated to contribute 10% of the global impact on tropical forests, the EU is on the right track to halt deforestation through political, financial, and technical support for tropical forested countries. It is the right and just thing to do, and the EU is correct in their assessment that “This is not somebody else’s problem.”

Deforestation in key cocoa growing territories in Africa has become a major issue over the past decade, with Ivory Coast, which supplies up to 40% of the cocoa supplies for the chocolate and confectionery sector, reportedly having seen its forested areas reduced by 80% since 1960.

The Communication outlines five priorities with a comprehensive set of actions. We particularly welcome the exploration of further regulatory measures on imported deforestation, establishment of a new multi-stakeholder platform on deforestation and forest degradation and the focus on partnering with producer countries to scale up improved land governance. As the host of one of the largest certification systems, we also welcome the framework for increased transparency on voluntary commitments. It is now up to the new Commission to make sure this momentum is realised.

As an NGO stakeholder, the Rainforest Alliance, provided input to this communique, suggesting the EU should financially, technically, and politically support forested countries in developing or enforcing tenure policy and forest governance. The Rainforest Alliance also called for strengthened traceability and transparency. Seeing many of our suggestions in the text, as well as references to a Rainforest Alliance program, we are pleased the Commission has taken on stakeholder input and commend the EU for pushing forward its agenda to halt deforestation and forest degradation.

“This is an important step, but it is only one step towards the comprehensive action we need to see,” said Han de Groot, CEO of the Rainforest Alliance. “The EU must energise and empower its constituents to translate these commitments into concrete action. No less than the fate of the world’s forests is at stake.”

“Deforestation and forest degradation are driven, at least in part, by consumption habits in developed countries, many of which are in the EU,” said Henriette Walz, Deforestation Lead for the Rainforest Alliance. “The EU correctly identifies changing agricultural consumption patterns and partnering with producing countries to improve forest governance as tackling the root caused to deforestation. Both transparency on voluntary no-deforestation commitments and exploring regulatory measures are key steps to driving out deforestation from the EU imports by 2030. The Rainforest Alliance is ready to assist companies and government in making their commitments a reality.” 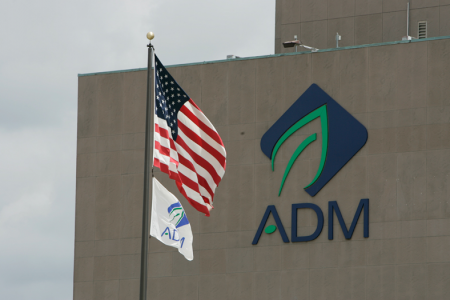 iba is expanding its portfolio to include a virtual format connecting professionals from the entire baking industry with their suppliers.

Designed and developed for the dessert-and-coffee foodservice community, SigepExp – The Digital Experience boasts an innovative format, and is the natural digital meeting place for the Out-Of-Home sector.