Entries from around the world gain Academy of Chocolate awards honours 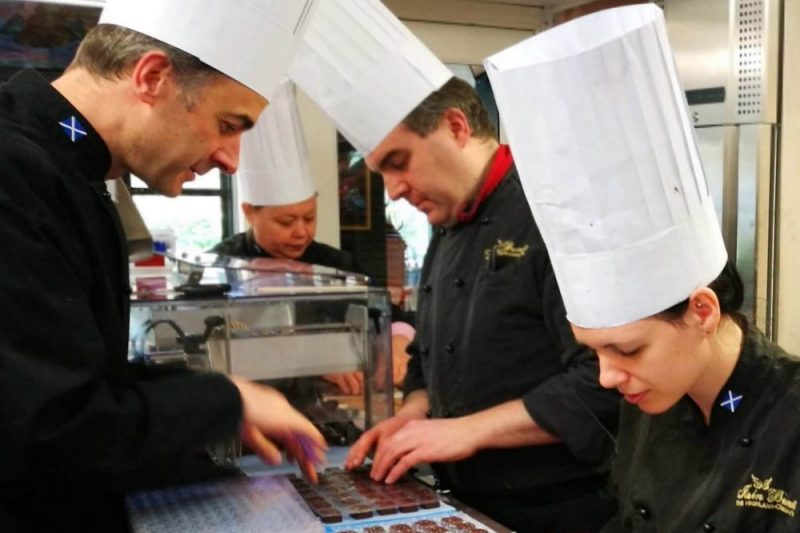 The UK-based Academy of Chocolate has released its first batch of winners, with small producers as far and wide as Norway, California and Taiwan gaining recognition.

For the first time, the organisation’s 11th annual accolades have been decided in stages, with Confectionery Production among the judges at this year’s event.

The first category to be announced is the filled chocolates segment, with a total of 46 countries being represented at this year’s awards, offering a wide range of product flavours and tastes.

Among those celebrating was Scotland’s Iain Burnett, Highland Chocolatier (company pictured above), who claimed three accolades this year for his luxury velvet truffles.

As he explained, he spent a total of two years developing his latest two creations. The pure caramelised Ganache with its uncommonly smooth texture is Iain’s ganache tribute to classic caramel – with creamy notes, evocative of perfectly browned butterscotch. And the Sea-Salted Caramelised Velvet Truffle introduces an added dimension to the caramelised ganache

Mr Burnett said: “It’s really encouraging that years meticulously selecting the right ingredients and best methods have been recognised on such an international level. I really wanted to discover how to caramelise the ganache itself – not just another sugary caramel. I spent so long investigating the science of caramelisation and so many old methods.”

Within the nut-based category, a gold award was given to CocoVaa Chocolatier for its coffee and hazelnut crunch, while UK chocolatier Paul A Young gained a bronze accolade for his Rosemary and Olive Oil Gianduja filled chocolates. Meanwhile, Hotel Chocolat was also recognised for its lemon cheesecake entry, gaining a silver award.

For the Fruit, floral, spice or infusion ganache segment, a gold award went to Ca Ca O for its fresh chocolate ‘muscat,’ as well as for US artisan business Chocolat Grace.

The latter company, based in North Carolina, added to its top accolade (having also been a previous award winner), with a further silver honour this year for its latest salted bonbon.

Speaking about the win, Chocolat Grace said: “We are Very thankful to win two of the five golds that were given this year. The competition this year has grown tremendously from 1200 entries to over 1500 entries from 46 countries.

“Only five golds were awarded in the Filled Chocolates category. These two gold winners this year were the improved/revised versions of our bronze winners last year. A lot of hard work to turn them into gold winners, thank you.”

Within the plain truffle category, there were Merseyside-based Eponine was awarded a silver for its India Anamalia Estate Ganache, while West Sussex’s MooCoco also gained the same level of honours for its dark chocolate truffle.

Results for bars, spreads and packaging will be announced at the beginning of June. For a full list of winning entries, visit www.academyofchocolate.org.uk

Hand in hand: In co-operation with ProSweets Cologne, the international supplier trade fair for the confectionery and snacks industry, ISM Cologne represents the entire industrial value chain. From January 31 to February 03 in 2021, the trade fair duo will once again turn the cathedral city Cologne into the hotspot of the confectionery and snacks industry.