The Rowntree Society has discovered evidence of historic racially-based exploitation within the archives of the major British confectionery company, with its York headquarters later acquired by Nestlé in the 1980s, serving as a production base for key chocolate ranges including KitKat, reports Neill Barston.

As the organisation noted, studies examining the UK firm’s 19th century heritage as one of the country’s pioneering sweets brands came in the wake of the Black Lives Matter movement.

In February of last year, the group began a new research project exploring the Rowntree company’s global supply chains (the company’s former Rowntree Wharf riverside facilities in York transporting cocoa are pictured), that had previously failed to offer transparency on its sourcing policies.

Moreover, as the society acknowledged, there had been little former examination of the colonial contexts of its company’s growth, and although what is known has not been actively ‘hidden’, it has not formed part of the public presentation of Rowntree history, including its own research on the company founded in 1862.

Academic and popular histories have focused primarily on the contributions of the Rowntree family and businesses to civic philanthropy and social reform in Britain, as well as its commercial success, reportedly considered to be the fourth largest confectionery business (including its iconic KitKat (pictured in a WWII edition below, picture by Cyethansami) with a 7% share in the market until its sale to Nestle in the 80s. Under new ownership, more than £200 million is said to have been placed into improving production facilities in the modern era.

However, as the society noted, the omission of Rowntree’s past places the UK confectionery firm’s history within a more widespread phenomenon that the historian Catherine Hall has called ‘turning a blind eye’, a condition of ‘knowing and not knowing’, acknowledging the presence of empire but at the same time not confronting its meanings, especially its unsavoury ones.’

As the organisation explained, the prominence and urgency of the Black Lives Matter movement in 2020 and growing global recognition of long histories of systemic racism led us to further prioritise research in this area.

The society added that it shares the commitment of the Trusts, which were endowed with shares in Rowntree & Co. in 1904, to developing further knowledge and transparency about the company’s impact on people of colour involved in the production of its raw materials.

It conceded that initial research had been impacted by the closure of relevant archives and travel restrictions during the Covid-19 pandemic, yet it noted that it had  identified histories of race-based hierarchies and racial exploitation within the Rowntree story, which it admitted had  “profound implications for the content and direction of our work.”

As the organisation added its studies explored the enduring legacies of colonialism beyond the ‘end’ of the British Empire in the mid-to-late twentieth century. Its preliminary research considered an extensive historical period from the origins of the Rowntree company as a family-run grocery business in 1822 to the £2.5bn takeover by the Swiss corporation Nestlé back in 1988. This broad chronological scope presents a significant challenge as we seek to obtain information from multiple archival sources and to interpret it in relevant social, political, and economic contexts.

Notably, the society confirmed it found no evidence the Rowntree family owned or traded in enslaved people or benefitted from the abolition compensation scheme, yet it have identified five areas for further research to create a fuller understanding of how the company had benefitted from slavery, unfree labour and other forms of racial exploitation during the eras of colonialism and apartheid:

Rowntree & Co. (later Rowntree Mackintosh) has its origins in a grocery business established in York by Joseph Rowntree Senior in 1822. Among other things, the businesses sold commodities of empire which are likely to have been produced by enslaved or unfree workers.

The operation of the Rowntree grocery business between 1822 and 1838 was concurrent with the transatlantic slave trade. Although the Abolition Act passed by UK Parliament in 1807 prohibited the sale of people as slaves, enslavement continued to be lawful within the British Empire and in other colonial regimes. The Slavery Abolition Act 1833 outlawed slavery in some British colonies, but not all, and enslaved people in the British West Indies were forced to work for enslavers as unpaid ‘apprentices’ until 1838.

The Rowntree Company benefitted from colonial indenture, a system of bonded labour in which European imperial powers recruited people from India and Southeast Asia to work on plantations in the Caribbean and West Africa. This system was developed in the 1820s following the end of the transatlantic slave trade and was abolished in 1920. In the 1890s, Rowntree & Co. purchased several plantations in the British West Indies on the islands of Dominica, Jamaica, and Trinidad. Further research is required to understand the full extent to which the use of indentured workers facilitated the growth of the Rowntree businesses between 1822 and 1920.

Together with other British Quaker chocolate manufacturers, Rowntree & Co. purchased cocoa and other goods produced by enslaved Africans in the Portuguese-colonised West African islands of São Tomé and Príncipe in the early twentieth century. While the companies became concerned about slavery on the islands and sent a representative to report on these, it was the investigative journalist Henry Nevinson who first published evidence of enslavement in the region in 1905. Nevinson, together with the Aborigines’ Protection Society (now Anti-Slavery International), brought pressure on the chocolate companies to boycott goods from the islands. Rowntree & Co. continued to purchase raw ingredients from the region along with the other companies while they sought to address conditions of slavery via diplomatic means. This approach did not succeed, and in 1909 the chocolate manufacturers announced publicly that they would no longer purchase cocoa from São Tomé and Príncipe. Further research is required to understand the motivations of Rowntree and Co. in developing its approach to enslavement within its supply chains at this time.

Rowntree & Co. joined with the manufacturer Cadbury-Fry in 1919 to form ‘Cocoa Manufacturers Ltd.’, a buying and shipping agency based in southern Nigeria with its headquarters in York. The company also purchased cocoa and other goods from Ghana. The agency changed its name to ‘Rowntree Fry Cadbury Nigeria Ltd.’ in 1947 and was wound up in 1972. Further research into the experiences of workers in West Africa and broader histories of colonial relations in these regions is required to place the agency’s operations in fuller context.

The Rowntree Society was established in 2004 and over the last seventeen years we have led and supported projects engaging with the rich histories of the Rowntree family and company and their continuing relevance today.

As it noted, the philanthropic work of the Rowntree family — in education, welfare, democracy and humanitarianism — continues to inform and inspire its operations. Its engagement work with local communities that centred on the family’s investments in industrial welfare for employees at its factory in York hold deep meaning for people in the city who have personal connections to this heritage.

However, as the society added, it was important to recognise that the Rowntree story also includes histories and legacies of racial exploitation. Significantly, its research showed the company was an active agent in colonial economies in Africa and the Caribbean across the nineteenth and twentieth centuries. They indicate that the Rowntree businesses benefited from unfree labour systems which caused harm to people of colour.

As the society noted in its statement on the issue, it said:  “If we are to continue to be inspired by Joseph Rowntree’s belief that religious, political and social work should seek to address the ‘underlying causes’ of problems and not merely their ‘superficial manifestations’, then it is clear that we need to confront uncomfortable questions about the Rowntree family and company’s participation in colonialism and racialised exploitative working practices.”

In his founding memorandum for the three charitable trusts in 1904, Joseph Rowntree drew attention to slavery as one of ‘the great scourges of humanity’. Is there any other evidence to indicate what the founding family and their associates at the Rowntree businesses thought about slavery and indentured labour?

As the organisation noted, it will continue to explore a number of key themes including what were the attitudes of the family towards race, How did these attitudes relate to other voices at the time, and to what extent was the Quaker Rowntree family involved in anti-slavery campaigns?

The society noted it was important to learn lessons from history, and wished to engage with the global communities that had been impacted by its historic actions. In collaboration with academic partners, it confirmed it will pursue and support projects locally, regionally and nationally which explore the legacies of welfare and social justice achieved by the Rowntree family. 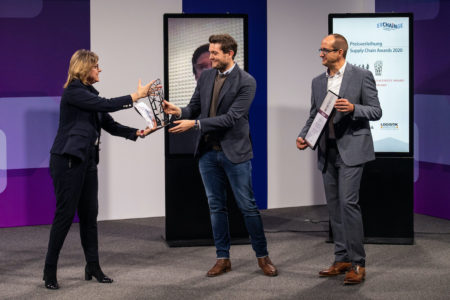